This product has been discontinued.

So sorry but this little one has sold.

Asian rhinos have a more armoured look than their counterparts in Africa, because of all the folds in their skin. Despite their hefty appearance, Asian rhinos are excellent swimmers and can easily swim across rivers. They are vegetarians, grazing on tall grasses, shrubs, leaves and some fruits. The greater one-horned rhino and the Javan rhino only have one horn, while the Sumatran has two.

The main threats to Asian rhinos are from poaching for their horns and loss of habitat, which are major threats to rhino populations. The continued clearance of land for human settlement and agricultural production, logging (authorised and illegal) are the causes of habitat destruction, a major barrier for rhino numbers to recover and increase.

In the case of the Sumatran rhino habitat loss has been a major factor in rhino numbers declining. Sumatran rhinos are now highly fragmented from each other, decreasing the chances of breeding and recovering their numbers even more.

Our sweet little rhino, hand knitted in soft Ryeland wool, is looking for a new home where he will feel safe!! 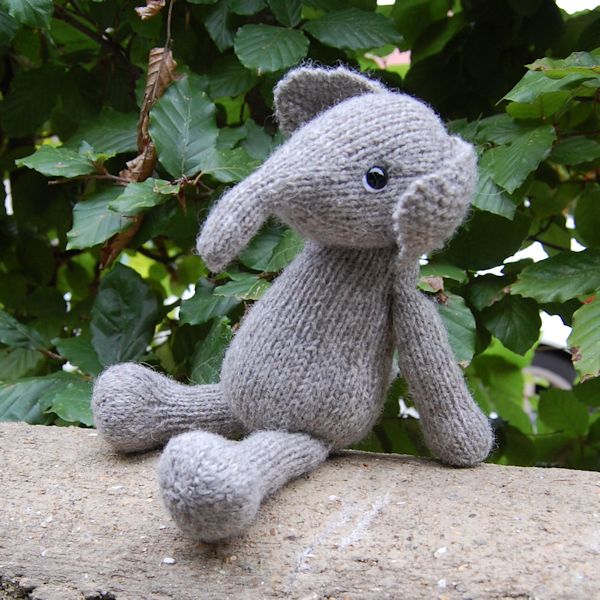 This product has been discontinued.
Sold 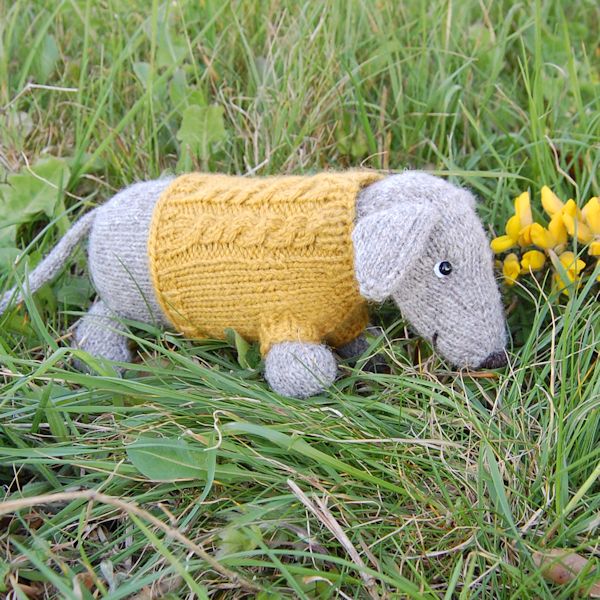 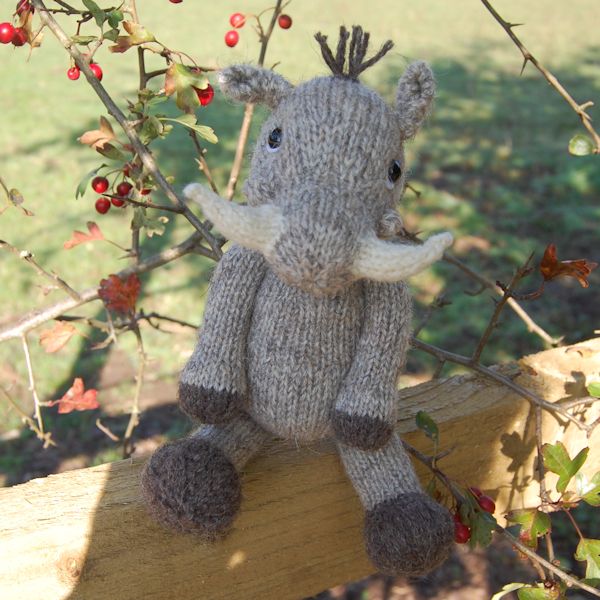 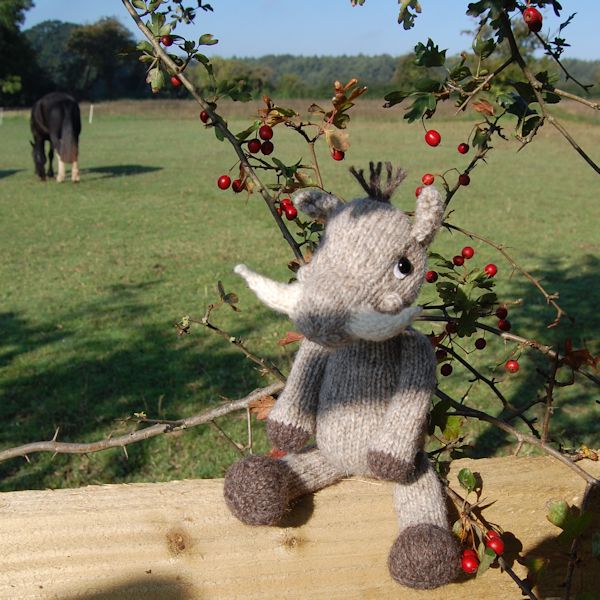 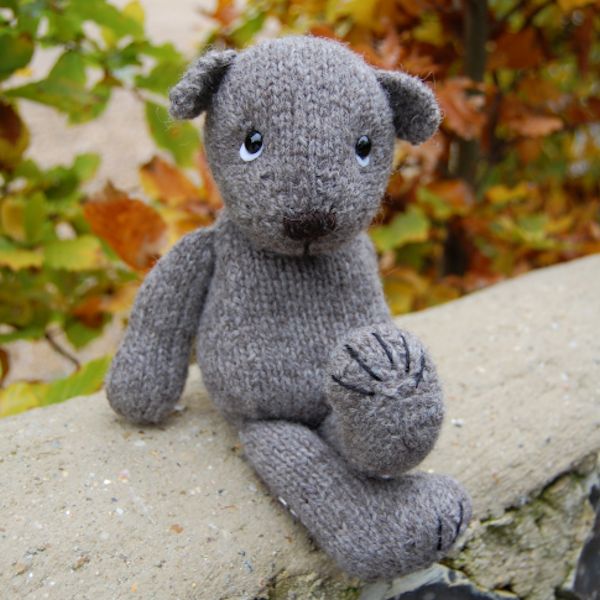