Henry is the cutest little bear dating to between 1950/60. He is an English bear and is in such good all original condition that he doesn’t appear to have ever been played with!

Henry is filled softly with kapok in his body and wood wool to his head. He is made as an unjointed bear with a fixed head. He has the most wonderful little feet and his neat paws are immaculately covered in their original beige wool felt. All paws retain their original claw stitching. Henry has beautiful amber glass eyes and carefully stitched nose and mouth give him the most adorable expression. Little Henry stands at just 12 inches and would love to find a new home. 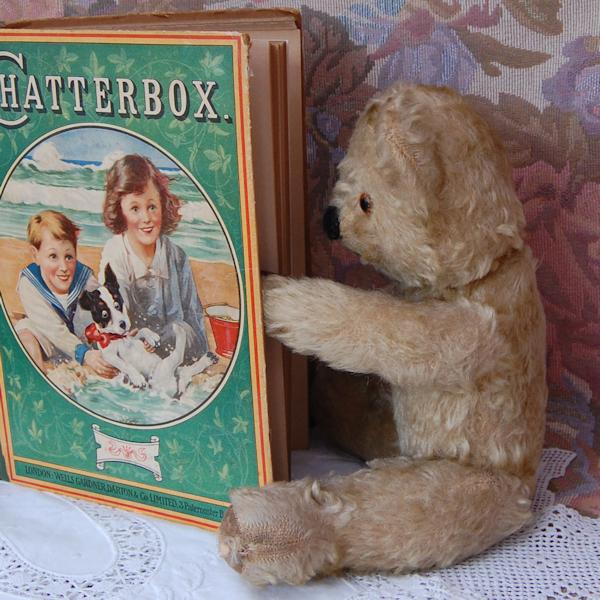