This wool is unique and rare! A blend of Boreray, Soay and Shetland wool make a true St. Kilda yarn.

Boreray and Soay are two of the St. Kilda group of Scottish Islands. St Kilda itself was inhabited up until the 1930s, and today is only home to these two rare sheep breeds, the Boreray which is the rarest of all British sheep and the Soay which still remains at risk.

The Boreray sheep, the rarest of all British sheep were found living feral on this uninhabited island. In recent years a small flock were taken off the Island to preserve the numbers but the breed are still registered as being critically endangered by The Rare Breed Society.

These sheep are unique being descendants of the now extinct Scottish Tan Face. They are a short tailed breed which moult their fleece naturally without the need to be shorn. Most animals are a creamy white colour with various black, tan or speckled markings on the face, legs and sometimes on the body and shoulders. Although darker individuals can occur who’s colouring is similar to that of the Soay sheep. As with all ancient breeds, the fineness of the wool varies hugely within and between fleeces.

Both breeds are dual coated, with a fine, soft undercoat and longer, thicker outer guard hairs.

The Soay sheep is also a breed descended from a feral population living on the Island of Soay. They are particularly hardy being very agile, sure-footed and able to graze where no other domestic animals can reach. Soay sheep have been introduced to the Island of Lundy with a small population also living wild in and around the Cheddar Gorge in Somerset where they are used for conservation grazing, but still remain at risk with just 900 – 1500 breeding ewes registered today. The sheep have sort tails and, like the Boreray, naturally shed their fleece, which can be hand plucked in the Spring and early Summer. Most commonly brown or tan with a white belly, white rump and a white patch also under their chin ( referred to as mouflon). The breed generally has an extremely fine fleece but as with all ancient breeds, this varies hugely within and between fleeces.

Due to the rarity of these sheep my St Kilda teddy bears will have limited availability. 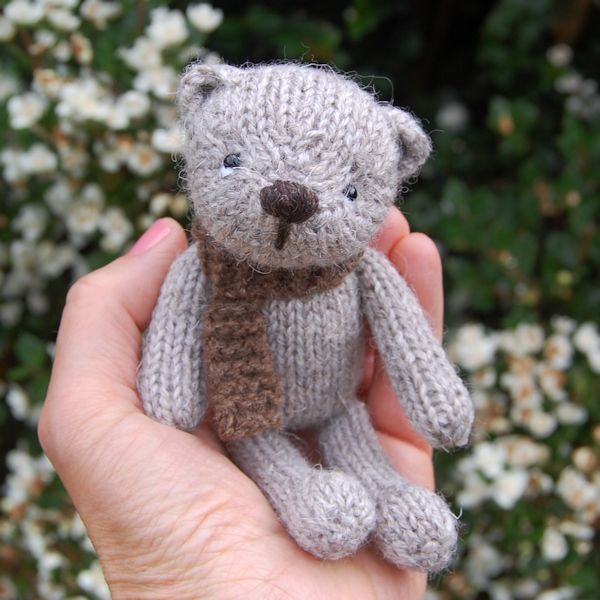